Work - posts having to do with work,
Play - posts about all that stuff that ISN'T work,
Drupal - posts specific to the CMS we prefer, Drupal. 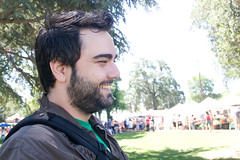 I'm Domenic Santangelo, Founder and Senior Engineer of Bright Bacon. Formerly Director of Engineering for WorkHabit; now I'm out on my own, a Drupal gun-for-hire.

My non-programming interests include photography, motorcycles, single-speed bicycles, poker (which I started playing BEFORE it was trendy), LOLcats and other internet memes. I'm also an accomplished musician, having been in several radio-aired bands. I play guitar, clarinet, saxophone, harmonica, bass guitar, and I can sequence passably.

Some of my current and former projects include:
GreenAnswers
ThirdAge
YourTango
GreenHouse International
PeopleJam
B4 Blinds 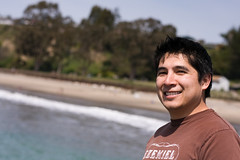 I think Drupal is the cat's pajamas. My name's Erik, and I'm Co-Founder and Jr. Drupal Developer with Bright Bacon. I specialize in site buildout, chop & drop theming, and SEO.

My background is in Engineering (UC Davis class of 2006), a field in which I excelled for years until I fell in love with Drupal. When I'm not in front of the computer, I enjoy spending time with my wife, motorcycles, taking my Malamute mix for runs, playing music (pretty much anything with strings) and doing guy stuff around the house.

Some of my current and former projects include:
GreenAnswers
B4 Blinds