Between Skype and Ventrilo, I talk on through the computer almost as much as I talk on the phone. I need a headset that provides exceptional voice quality, and I prefer the headset to rock in the audio-out department as well. I lug all my computer stuff everywhere -- headset included -- and as it turns out, life on the road is pretty rough on headsets. I've owned two pairs of Logitech ClearChat Pro USB and while they're very acceptable in both voice and speaker quality, they're really, really fragile, don't fold at all, and self destruct quickly. Both pairs I had broke in the same place: the speaker separated from the frame of the headset. I found many new and exciting ways to temporarily fix them (soldering, duct tape, rubber bands, mounting tape) and eventually gave up; I need a real headset. 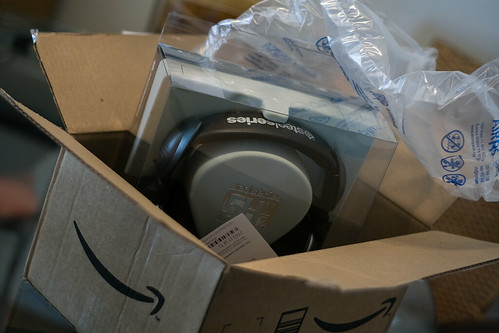 Enter the Steelseries 5H V2. Featuring a collapsible design, heavy-duty cabling, 7.1 surround USB sound card, and (coolest of all) retractable microphone, this thing sports all the right specs. Steelseries itself sponsors many professional gaming teams, so I figured they'd have an idea of what works best. 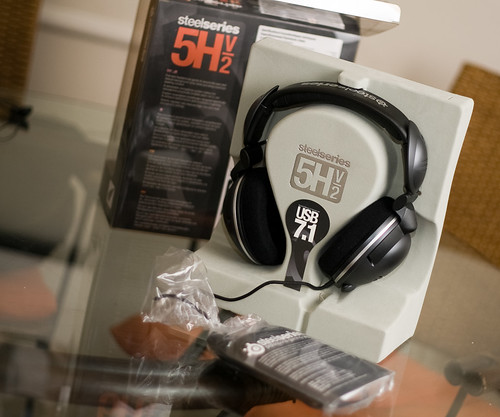 I instantly noticed the nice touches: the attached cable is short, the perfect length for plugging it in to your laptop. But that won't limit you -- the 5H includes an extension cable as well. These cables are sheathed in braided nylon, making them seem exceptionally strong and tangle-resistant. 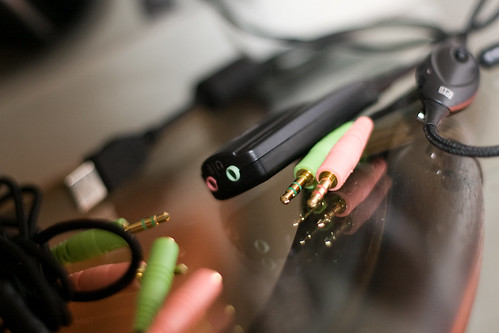 These babies fit extremely comfortably on my large head. My head is too large for most hats, and the 5H felt awesome, even after long hours. The fabric ear cups are great -- they're soft and comfortable to the point where you almost forget you're wearing them (seriously!). 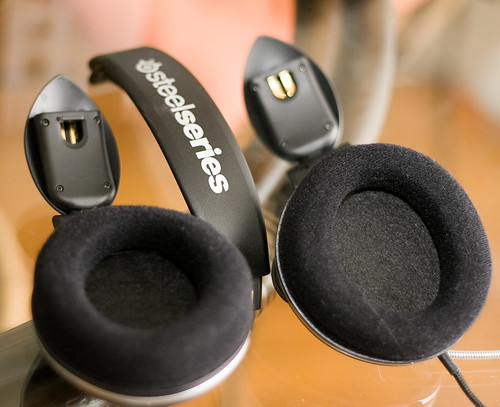 The picture above shows how the 5H breaks down. Technically interesting, but in practice pretty awful. I always felt like I was going to break the headset, and it was annoying having three separate pieces in my bag. 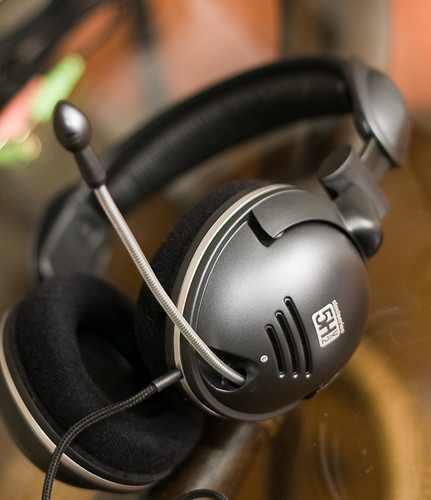 The pull-out microphone is by far my favorite feature of the Steelseries 5H. When you're not using it, it just zips right up inside the left earcup, and pulls out easily when you want it. The mic stays in place well. Unfortunately, I could not rid my headphones of a background buzzing noise when using the microphone. Some people would hear it, others wouldn't, but I could always hear it. Extremely annoying. I tried all sorts of things: reorienting my computer, running on battery, running on AC, trying various LCD brightness settings (all things that can introduce audio noise) and had absolutely zero luck. Bummer -- that's dealbreaker for me. (To Steelseries' credit, I'm running this on a MacBook Pro, which doesn't have proper drivers for the surround USB soundcard; maybe that was why?).

But the last straw for me is sound quality. The sound from the 5H was generally tinny and wimpy. Surround sound is accurate and sharp; but I wouldn't bother listening to much music through them. The 5H's gutless rendition is a disappointment. 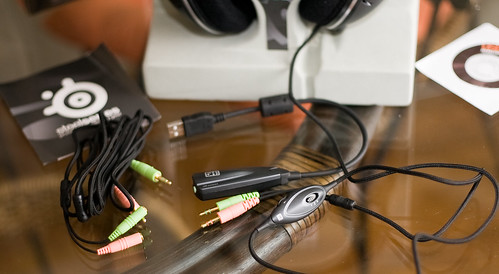 After two weeks I decided to return the Steelseries 5H V2. I'm bummed it didn't work out -- on paper this headset seems like a real winner. Maybe run on Windows it is.

Verdict: At $91 on Amazon, this seems like too little headset for the money. If you have a friend that owns one (and runs Windows) give it a try with the full software suite installed; otherwise, save your pennies a little longer and spring for something better.